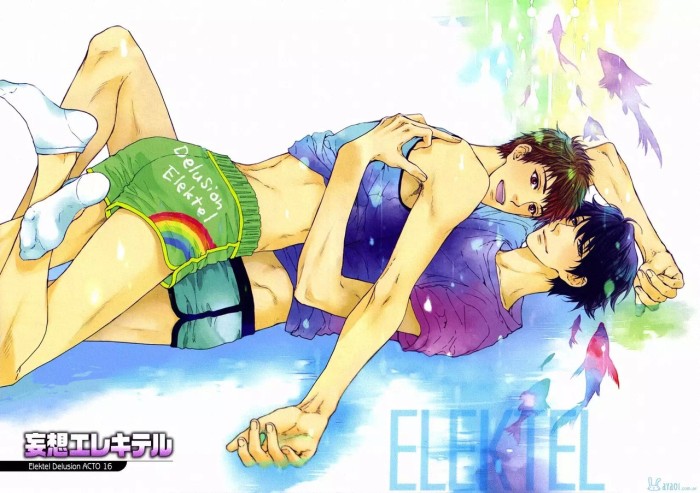 What is a gentle schoolboy yaoi mood?

It’s when you want to read BL where highschoolers fall for their classmates, in stories that are emotionally easy to digest. In other words, you’re craving stories of sweet love and romance, without the darkness or angst of noncon, physical/emotional abuse, or taboo relationships.

That’s right, these stories are so mild that they don’t even include falling for teachers, siblings, cousins, tutors, older men, or young boys. However, that doesn’t necessarily mean you’re in the mood to read shounen-ai or give up on seeing those boys, um, enjoying each other.

Granted, many yaoi ratchet up their drama and sexual intensity with noncon, abuse, and breaking taboos, so being in a gentle schoolboy mood drastically narrows your yaoi choices.

And yet, some genuine diamonds remain. These are ten of my favorites.

Rutta to Kodama by Fujitani Youko

When I put my list together for this mood, these are the criteria the stories had to meet:

Despite the numbers, these stories aren’t in any particular order…

The first two titles here are already in my Top 25 Yaoi list: 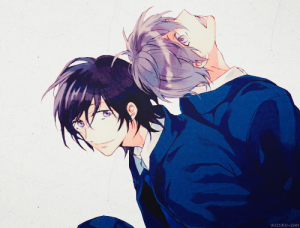 This two-volume work is one of the few pure shounen-ai titles I’ve ever fallen for. The boys’ characters, well-plotted and paced story, and beautiful art completely won me over. You can read the rest of my comments on this title here.

2. Koi Cha no Osahou (Tea for Two) by Sakuragi Yaya

Tea for Two by Sakuragi Yaya

These four volumes spin a well-developed story about an unlikely pairing of the heir to a tea ceremony family and an overly energetic (and breakage-prone) athlete. You can read the rest of my comments on this title here.

The other eight recommendations are new ones:

3. Rutta to Kodama by Fujitani Youko 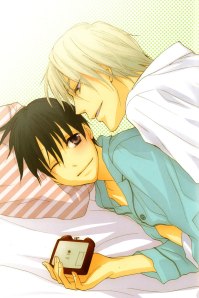 Rutta to Kodama by Fujitani Youko

When innocent, straightforward Kodama transfers to the school dorms mid-year, he ends up rooming with the school’s most notorious delinquent… who falls for him, of course.

This three-volume story is beautifully drawn and probably the sweetest schoolboy yaoi of all time. It’s also blessed with lots of delicious sex scenes.

This unlicensed manga is only available in scanlation. Chapters 1-6 were scanlated by Attractive Fascinate (inactive), and 7-21 were completed by September Scanlations.

While it’s the classic setup of “I’m in love with my straight childhood friend and neighbor”, this story feels anything but cliche.

The dialogue is natural, the humor works, and the multi-volume plot allows for a slow, gradually developing relationship, with quite a few realistic bumps along the way. Nekota-sensei even includes the occasional nod and wink to the fujoshi.

Nekota Yonezou’s art is stunningly beautiful, and (when they finally get there) her sex scenes are explicit and highly, um, stimulating.

This four-volumes-and-still-ongoing story is only available in scanlation. It has been scanlated both by Dangerous Pleasure and Yaoi is Life.

It also has multiple drama CD’s. The marvelously deep, resonant voice they found for Fumi will send pleasure-filled tingles down your spine.

Aoi has always had a pretty face and gone to an all-boys school. He’s constantly being confessed to, hit on, and sexually harassed, and he’s got quite a chip on his shoulder about it. And a violent knee-jerk reaction to come ons. As he says, he hates gays. Then he meets an unusual student in the biology club who doesn’t seem interested in him at all…

This single volume story has only the tiniest bit of sex, focusing almost entire on a lighthearted, well-developed story and characters. The art is beautiful.

Bonus: the mangaka has a great sense of humor, and the biology club has cats.

This story is still unlicensed and only available in scanlation (I don’t have a link for their scanlator – pr_scans).

When he falls for Nagayama, a painter who doesn’t get along well with others, it seems that turning love-at-first-sight into a relationship will be impossible. Fortunately, Subaru is both stubborn and refreshingly optimistic.

Junko’s art is as sweet and pretty as always, the plot is well-developed for a single volume, and the interactions between very-social Subaru and reticent Nagayama are absolutely charming.

Star-like Words is unlicensed and only available in scanlation (both by Dangerous Pleasure and Girls’ Generation Scans). 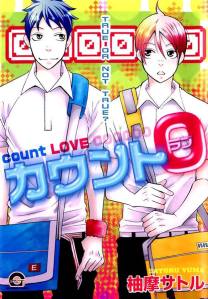 This one-volume story is built on the unusual premise of a boy who can see numbers above every person’s head — a running count of the number of lies they’ve told in their lifetimes. Knowing how untrustworthy humans are is painful for Agatsuma, so when he meets a boy whose count is zero, he’s immediately captivated.

Yuma-sensei’s art is straightforward, with clean, bold, attractive lines. The storyline is so unique that it’s worth reading just for how refreshed you’ll feel when it’s over. Sex scenes are moderately graphic.

Count 0 is stronger than its one-volume sequel, Count H. Both are unlicensed and only available in scanlation. Count 0 was mostly scanlated by Moon in a Box (inactive); its extra and Count H were scanlated by Girls’ Generation Scans.

Fujima is beautiful, knows it, and isn’t at all troubled by taking advantage of it left and right. He has rarely experienced rejection and is still upset about Okachi Machi, the boy who rejected his friendship in middle school. When Okachi Machi turns up as a transfer student at his high school, Fujima decides this is the perfect opportunity for revenge.

Frankly, I don’t usually like these kinds of artificial setups. However, there’s something so irresistible about this volume’s characters and bursts of sweet humor that I completely fell for these boys, especially Fujima and his clumsiness, and their story.

Ogawa-sensei’s art is a bit angular yet absolutely lovely, and there’s even a little graphic sex thrown in as a bonus.

This volume is unlicensed, only available in scanlation (Girls’ Generation Scans).

Mashida is a tsundere, and he’s secretly discovered that his best friend, handsome Matsushima (who sleeps with any girl who asks), is in love with him. Mashida is unsure about his feelings for his playboy friend or how to handle Matsushima’s crush, so he ends up teasing Matsushima at every opportunity (a classic tsundere response to embarrassment, ne?).

While tsunderes usually get on my nerves, Mashida is one of the few who is truly endearing, and his counterpart — pheromone-producing yet puppy-dog-like Matsushima — somehow manages to combine both being experienced and utterly naive. He’s irresistable.

Tenzen-sensei’s art isn’t exactly elegant, but it’s pretty enough to give the characters life and genuine appeal. While there isn’t much sex, what there is is sweet and moderately graphic.

La Satanica was published by DMP but is out of print (it was scanlated by Attractive Fascinate, inactive). It also has a terrific drama CD.

Here we have the classic setup of the student body president seducing another student council member. However, the pair are the less common combo of an assertive uke and his puppy dog seme, a pairing I almost always enjoy. The whole volume focuses on their gradual steps to becoming a full fledged couple, a sweet, charming progression with little unnecessary drama or distractions.

Honjou-sensei’s art is very pretty, and the student body president is particularly tasty. The sex scenes are explicit and enticing. In fact, the short extra-chapter is so spicy that it almost got the book cut from this list.

Konna Otoko actually has a prequel with a different couple who have a few cameos here, although that story involves some mild noncon, so it doesn’t belong on this list. It’s not necessary to read that story, Ai no Kotoba mo Shiraniade, first, but it’s a good read, too.

Both stories are only available in scanlation (Fantasy Shrine, inactive), and both have great drama CD’s.